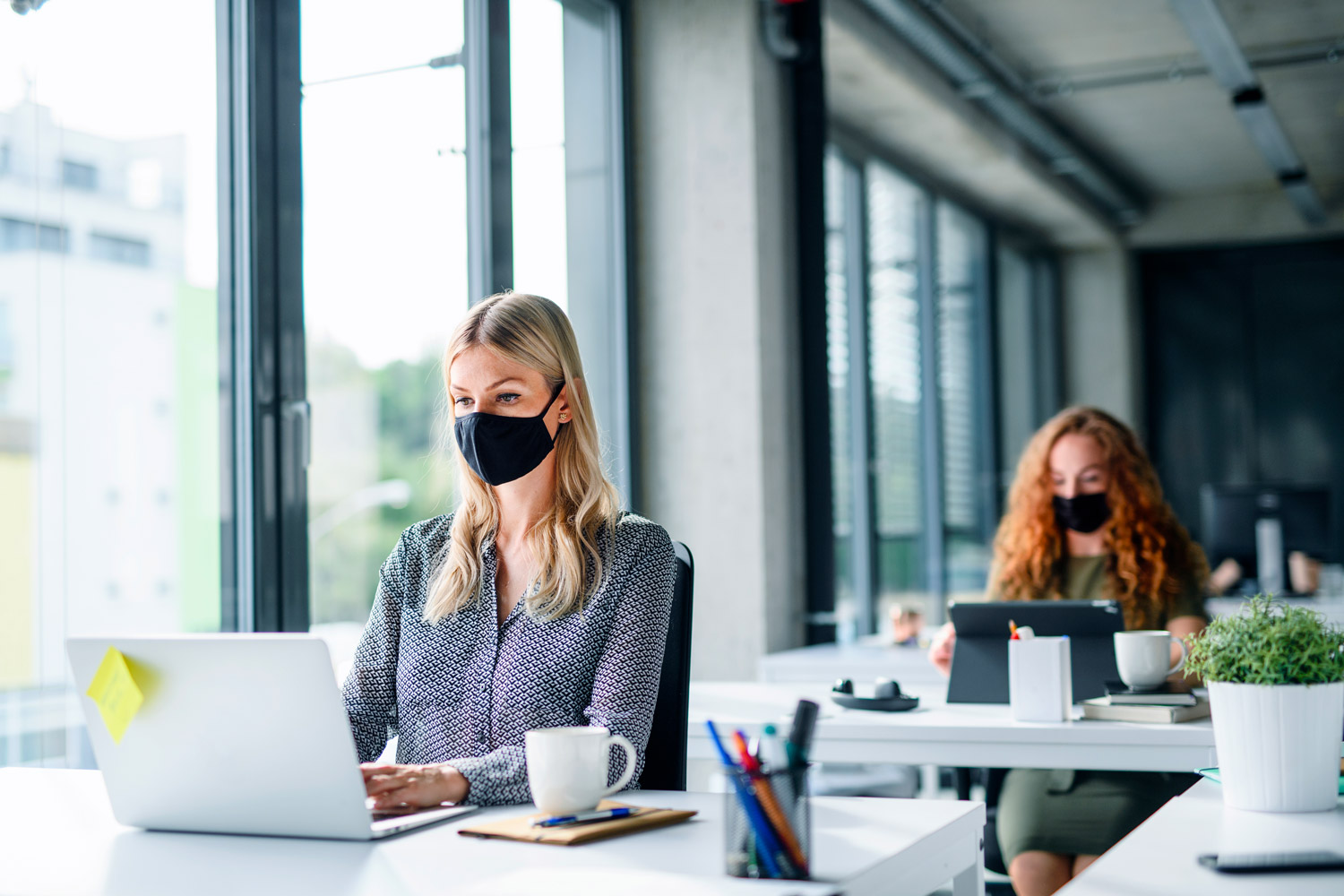 Since the beginning of February 2020, the Italian public authorities have issued several emergency provisions to contain the risk of contagion and mitigate the economic and social effects of the pandemic ensuring financial support to families, businesses and workers. Furthermore, as consequence of the ongoing emergency the Italian Government continues to postpone the effectiveness of some emergency measures and introduces new ones since the epidemiological state of emergency, to date, expires on January 31st, 2021. All companies are going through a critical time since they must ensure an adequate level of safety in accordance with the new emergency regulations. In particular the complex situation requires companies to deal mainly with the following topics:

In order to grant relief to all employers, social shock absorbers have been introduced by Italian Government, which can be used during the emergency period to allow the employer to suspend the employees from working within the frame of the economic downturn caused by the Covid-19. In particular, starting from February 2020, the Italian Government has provided companies with the following social shock absorbers, known in Italy as:

Except from general principles of correctness and good faith, no particular restrictions apply to the employer on the choice criteria of the employees to be suspended under the social shock absorbed and those required to continue working. It should be noted that the executives are not granted with this social shock absorbed. Companies to identify the right shock absorber will refer to the general rules that consider the number of employees and product category to which they belong. From a general standpoint CIGO is granted to industrial companies, while FIS is granted commercial companies employed 5 and 50 employees. The other instrument – CIGD – supports companies do not have access to the other support instruments. As far as the duration is concerned the government has extended the duration of the social shock absorbers several times during the year. As of today, the duration is as follows:

No. 18 weeks are available since July 13th, 2020 to December 31st, 2020 for employees hired before November 9th, 2020. No payment is due by the employer to access to the first 9 weeks whereas a mandatory contribution is due for the additional 9 weeks for companies that did not suffer a substantial loss of turnover in 2020. The contribution is equal to a percentage (ranging between 9% and 18%) of the total remuneration that would be due to employees for the suspended/reduced working hours; the amount of the contribution depends on the reduction of the company’s turnover in the 2020 first half, if compared to the 2019 first half turnover;

additional no. 6 weeks to be enjoyed from November 16th, 2020 to January 31st, 2021 has been introduced for the companies that have entirely enjoyed the above 18 weeks. The employees hired before November 4th, 2020 may have access to the 6 weeks furlough. It should be noted that no payments are due for certain categories of companies (such as restaurants) and for companies that in the first half of 2020 have suffered a reduction in turnover of 20% or more compared to the same period of the previous year. In other cases, the law provides for an additional compulsory contribution ranging between 9% and 18%.

Based on a greatly simplified procedure applicable for Covid-19 related suspensions, to access the social shock absorbers employers must now trigger a unions’ consultation procedure with an invite addressed to the signatory union parties of the collective bargaining agreement applied by the company (and internal work councils) to meet for a consultation on the need to access the social shock treatments. Following the communication, within three days, the unions may ask for a consultation meeting.

As alternative to the application of the social shock absorbers, the Italian government has provided companies (except for those belonging to the agricultural sector) with special social security contributions exemption, except for premiums and contributions due to National Institute for Insurance against Accidents at Work (in Italian parlance “INAIL”). According to Article 3 of the Law Decree n. 104/2020 (so-called “Decreto Agosto”) companies that have not applied for the 18 weeks of social stock wage but have already benefited from the Covid-19 social shock absorbers in May and June 2020 may apply for exemption from social security contributions due by them, for a maximum of 4 months, until December 31st, 2020. The exemption shall also be allowed for employers who requested wage supplement periods in accordance with Law Decree no. 18 of March 17th, 2020, even partially, in periods following July 12th, 2020.

The amount of social security contributions exemption may not exceed twice of the hours of wage supplementation already received by the companies in May and June 2020. Furthermore, a special social security contributions exemption is granted to employers that hire employees under an open-ended contract, in the event of an increase in net employment (for a maximum period of 6 months since the hiring). The maximum limit of exemption is equal approximately to EUR 8,000 on an annual basis. This exemption will also be allowed in case of transformation of the employment agreement from temporary to permanent.

Lastly, according to Article 12 of the Law Decree no. 137/2020 (so called “Decreto Ristori”) the non-agricultural employers who do not apply for the 6 weeks shock absorbers treatment provided by Decreto Ristori (i.e. additional 6 weeks described under the above paragraph) are granted with an exemption from the payment of social security contributions, for an additional maximum period of four weeks, usable within January 31st, 2021. The amount of social security contributions exemption may not exceed the hours of wage supplementation already received by the companies in June 2020.

Extensions and renewals of fixed-term contracts

Until December 2020, employers are entitled to extend or renew fixed-term contracts even in absence of the grounds prescribed by Article 19, paragraph 1, of Legislative Decree no. 81/2015. Extensions or renewals must be made no later than December 31st, 2020, but the expiry date of such contracts may be later than that date. The overall maximum duration of the fixed term contract remains 24 months as provided by Article 19 of the Legislative Decree no. 81/2015.

Provisions in matter of dismissal

The current emergency due to the spread of Covid-19 led the Italian Government to ban dismissals pursuant to Article 3 of Law no. 604/1966 and collective dismissal pursuant to Law no. 223/1991, except for the following hypotheses:

definitive cessation of the business, with liquidation of the company. However, the closure of a production unit does not itself lead to the suspension of the ban on dismissal;
collective company agreement with the comparatively most representative trade unions on a national level, containing a layoff incentive for subscribing employees. The union counterparties of these agreements are those that are comparatively more representative at national level. The concept of collective contract was introduced by Article 51 of Legislative Decree no. 81/2015 stating that such contracts are “national, territorial or company contracts signed by unions comparatively more representative at national level. The employees who adhere will receive involuntary unemployment benefits (so called “NASPI”);
bankruptcy without any provisional exercise of the activity, with total cessation of the same;
the personnel affected by the dismissal, already employed in the contract, are hired following the takeover of a new contractor by virtue of the law, of the national collective labor agreement or clause of the contract.

In the emergency phase a simplified mode of smart working has been introduced. Indeed until the end of the epidemiological state of emergency, the smart working may be activated even in the absence of individual agreements. As consequence once the emergency shall have expired it is necessary to switch from the emergency smart-working to the ordinary one regulated by Legislative Decree no. 81/2017. The Covid-19 emergency has awakened interest in smart or agile working, with the aim of limiting the spread of the virus and ensuring business continuity. In addition, with the overcoming of the emergency phase, it is to be hoped that smart working recovers the original spirit aimed at increasing competitiveness and a greater possibility of reconciliation of life and work. Lastly, even though it is possible to activate the smart working in the simplified variant for Covid-19 without the individual agreement with the employee, it must be considered very useful to provide in any case an individual agreement in order to discipline, for example: (i) the control power of the employer, (ii) certain profiles related to the use of IT tools that have obvious privacy implications, (iii) the so-called right to disconnect (the times of non-work, of unavailability).